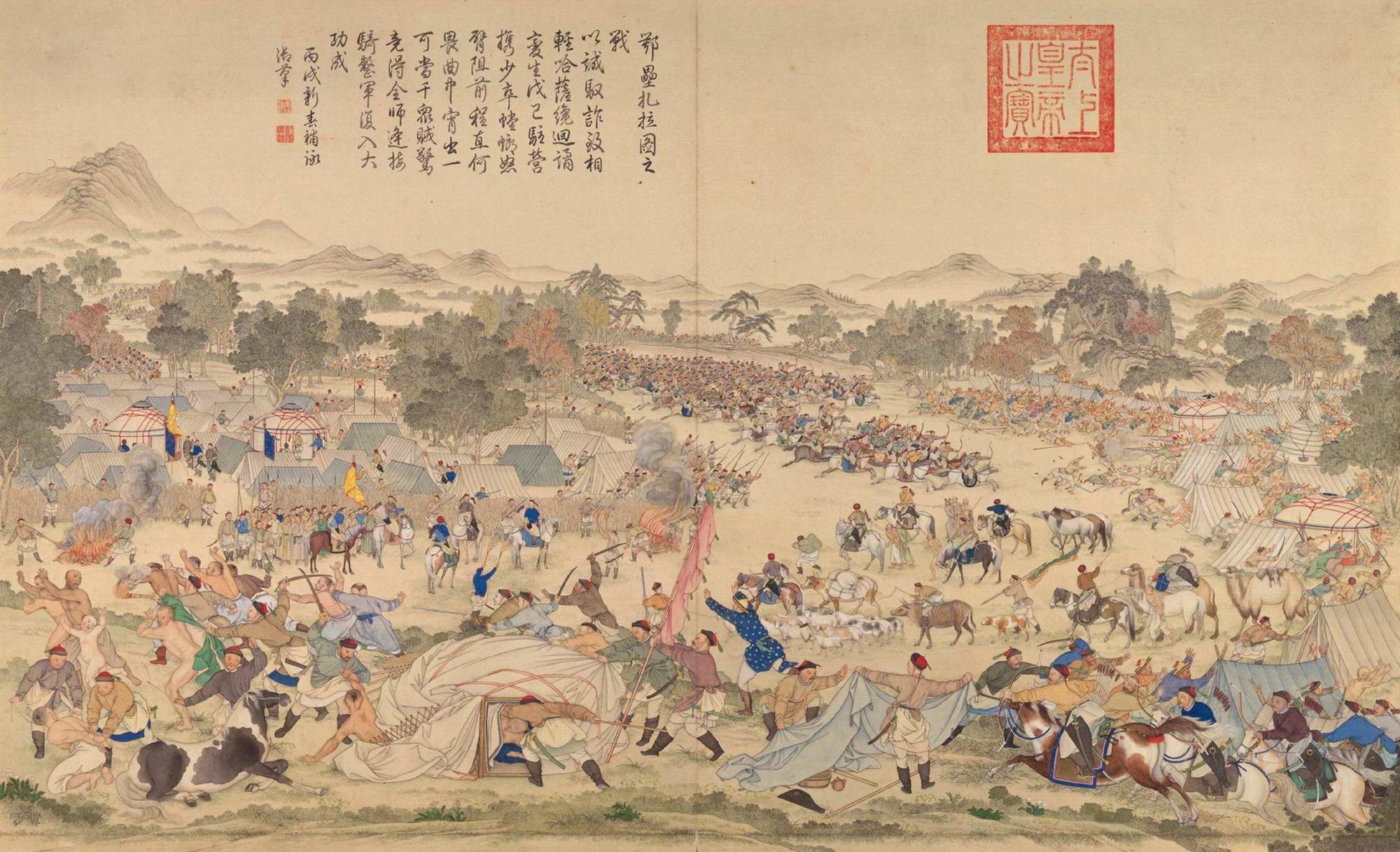 A phrase that is making the rounds among China watchers is “tao guang yang hui.” I will not attempt to explain the concept: any brief explanation would hide too many nuances, and nuances are important here. I just watched an online debate amongst some of my more scholarly friends, and the battle was about different interpreteations of of the phrase.

One interpretation of the phrase is captured in Deng Xiaoping’s maxim “keep a low profile and bide your time, while also getting something accomplished.” Given the noises China has been making in the South China Sea, the East China Sea, the Indian frontier, and Hong Kong, it appears to some that China has abandoned the tao guang yang hui strategy altogether.

Others, however, suggest that the strategy was not abandoned, but that Deng’s intention all along was to wait for a time when China was ready to assert itself in the global sphere, not simply lay low forever.

Yang Wenchang, President of the Chinese People’s Institute of Foreign Affairs, offers his interpretation in “My Views about ‘Tao Guang Yang Hui.” It is a worthwhile read, and an important one: not only does he provide an erudite explanation of the idom’s roots, his interpretation of the phrase seems to be at odds with China’s current foreign policy.

The entire debate may seem a petty tempest among the cognoscienti. If China is becoming more assertive globally, what does it matter whether this is Xi’s own policy or a continuation of the past?

In truth, it does matter: the answer to the question of whether this is part of a long-standing plan or whether this is Xi rejecting Dengist strategy would help us better predict where China is likely to jump next. We are unlikely to get clarification from the leadership compound at Zhongnanhai: Xi will want to seem unpredictable so as to keep his percieved opponents, both at home and abroad, guessing as to his intentions, leaving him with the initiative. Hence a better understanding of his strategic approach is essential to ensure that Asia and the west are not caught unawares by China’s next Great Leap Outwards.

“Some things we used to know about china’s past and present but, now, not so much”
Alice Lyman Miller
Proceedings of the USC US-China Institute Symposium, “History and China’s Foreign Relations: The Achievements and Contradictions of American Scholarship”,
Feb. 16-17, 2008

Stanford’s Alice Miller is one of those China scholars who prefers not to mince words. Whether it was her sixteen years with the CIA or the cumulative effect of four decades studying China, she is direct and still unfailingly scholarly in her assessments and, as a result is, a joy to read.

Her paper at a USC symposium above is an excellent example. There is a school of China scholarship that attempts to parse Beijing’s politics and foreign policy through a prism of China’s imperial past. To those scholars, the CCP is just another dynasty in China dynastic cycle, its current leaders just emperors in new clothes, and China wants to turn the rest of the world into tributary powers.  As a history buff with late-life aspirations to historianship, these parallels are appealing to me, and they are clearly appealing to others, else Miller would not feel the need to debunk the approach.

And debunk she does. Offering ample examples from current scholarship and public discourse, she makes a convincing case that while the history has some general value as background in understanding Chinese strategic thinking, past behavior is no template for current or future action.

A must-read for any China-watcher, it surprises me that this paper has not received more attention, but perhaps it shouldn’t: as a longtime purveyor of the “China is more nuanced than that” approach, I know that people are not looking for nuance: they’re looking for easy. Miller makes it clear that this sort of intellectual laziness is a hazard to be avoided.

History, however, is not the bunk that Henry Ford thought. I side with Cicero: ignorance of history is the hallmark of intellectual immaturity. Miller is correct in saying that we should not rely on history too much. It is important to caution that we ignore it at our peril.

A fascinating look at how the Soviet Union pursued its aims to not only spread revolution, but to attempt to control those countries as well. Obviously China was no Baltic republic, but Stalin seemed to overestimate the extent to which he could keep China in his corner.

I’ve been doing a deep-dive on Yan’an lately, with a view to separating the contemporary reality with the current myth. This has been an interesting companion resource.

A pdf book from the University of Kansas. One has to ask whether foreigners (Soviets included) were hesitant to go into the communist regions, whether this was justified, and whether the CCP was wise or misguided in not appearing to be more open.

These are not trivial questions. A cynic could suggest that as the civil war progressed the CCP was uncomfortable giving the world a view of its actions in areas under its control. An apologist would point to the rough handling the CCP had received from the US and Brits and to the suspicion Stalin  had earned for his agents.

I take a middle path. Mao was a latent xenophobe, was actively tapping the xenophobia latent in the nation, and it served the Party’s purposes to underscore that this was a purely Chinese revolution.

More evidence that the Mao and the CCP played the nationalism card better than Chiang and the Kuomintang.