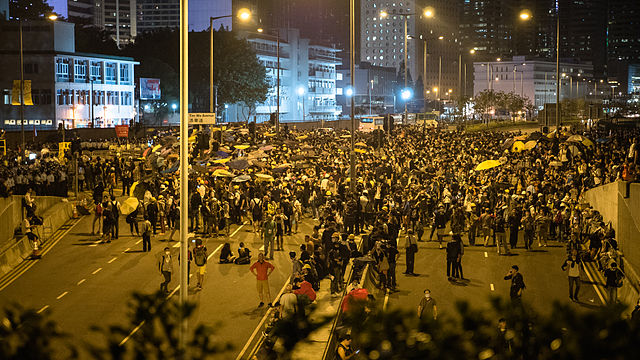 U.C. Irvine professor and prolific writer Jeffrey Wasserstrom offers a minimalist retrospective on the Umbrella movement a year after the events began, and on the lecture he gave in Hong Kong on the topic last fall.

And while there are many reasons to be deeply worried about Hong Kong’s future, it is important to remember that, at least for now, a public lecture focusing on protest and featuring a large group of citizens thinking together about their city, their politics, and their future, is still possible in that very special city.

Wasserstrom does not come right out and foretell the end of democracy in Hong Kong, but the tone carries that ominous, almost fatalistic, overtone. It is impossible to say whether the umbrella protests of 2014 will have a meaningful effect on how Hong Kong is governed. The real question is whether we have witnessed the last such protest in the city’s modern history.

We who live outside of Hong Kong shall have no say in the matter. The future of politics in Hong Kong lies in the hands of the people of that city and the men and women who rule China.